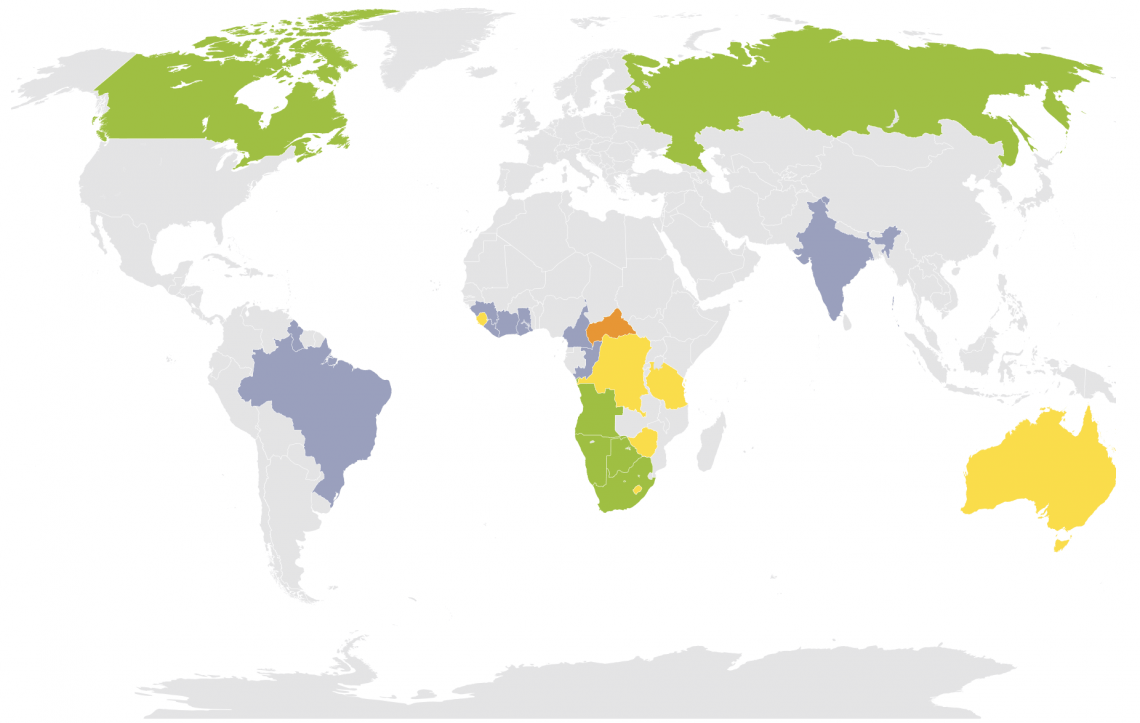 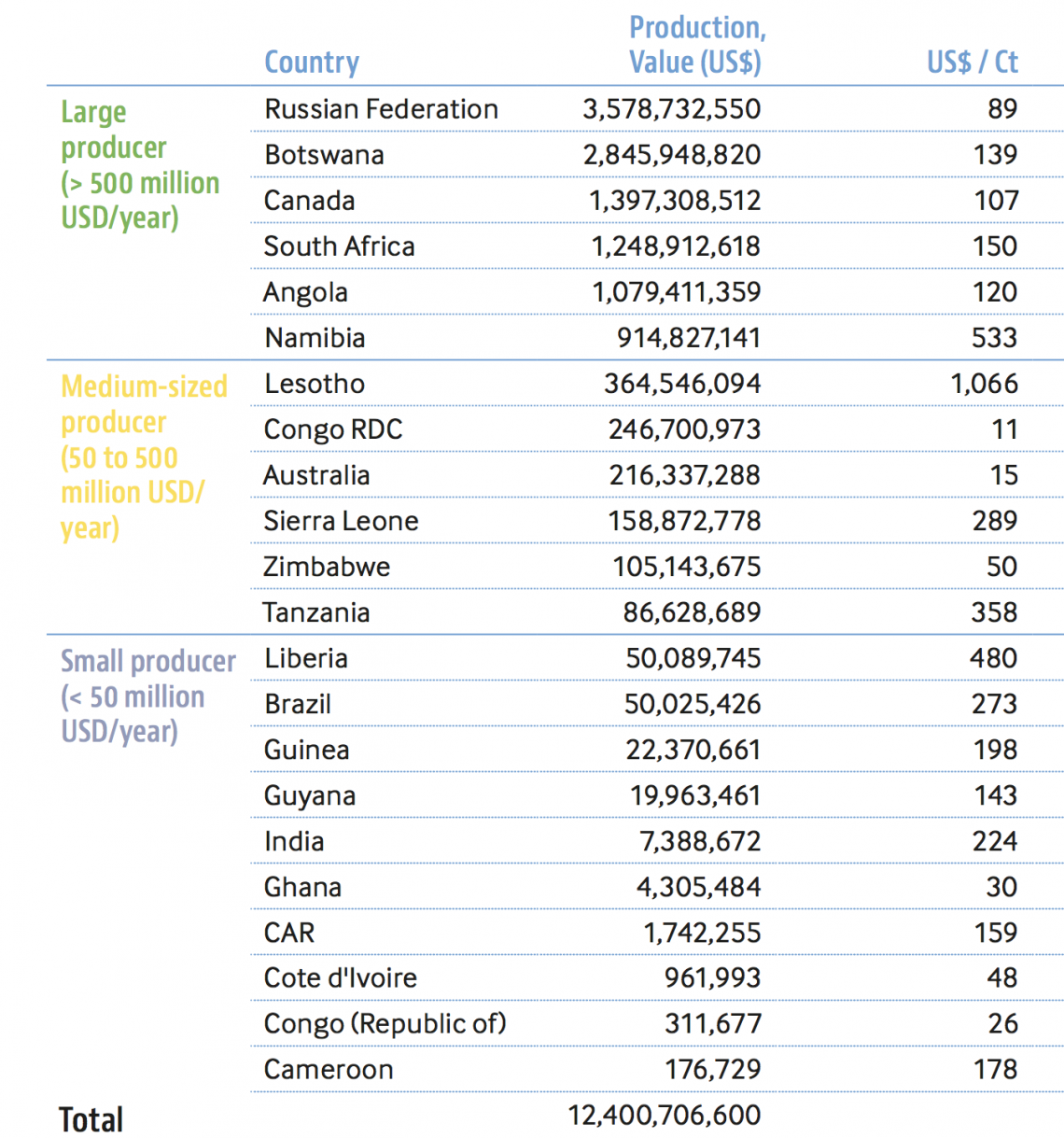 Experts believe Russia is home to the world’s largest and richest diamond resources. Since the mid 1950’s, Russian diamonds are mined in remote regions in Siberia (Yakutia). Interestingly, Russian diamond production was boosted by Stalin, mainly to use the diamonds for industrial applications rather than jewelry.

Russia today is the largest producer of diamonds in the world, equaling 30% of the global production. They literally produce the most diamonds, and more importantly, diamonds of good quality, fit for jewelry.

Of the sixty most important diamond mines in the world, 17 are in Russia, and they are far from dead, securing Russia’s top position as leading producer for at least a few decades to come.

Most Russian diamonds are produced by the Alrosa company, the biggest diamond mining company in the world.

The first diamond deposits were discovered in Botswana in 1966, interestingly just five months after the country gained independence from the United Kingdom. The Batswana did not only discover several deposits, but more importantly, deposits of high quality rough diamonds, helping lift the country out of a crushing poverty. The country is home to two of the richest diamond mines in the world, Orapa and Jwaneng. So, it is no coincidence the largest gem-quality rough diamond existing today and second largest ever, the Lesedi La Rona, was discovered in Botswana.

In 2011, Botswana struck a deal with the iconic diamond miner De Beers, who moved its entire operation from London to the nation’s capital Gaborone. Diamonds account for 60% of total Botswana exports and represent a quarter of the country’s GDP. Diamond revenues have enabled free education for every child in the country up to the age of 13. 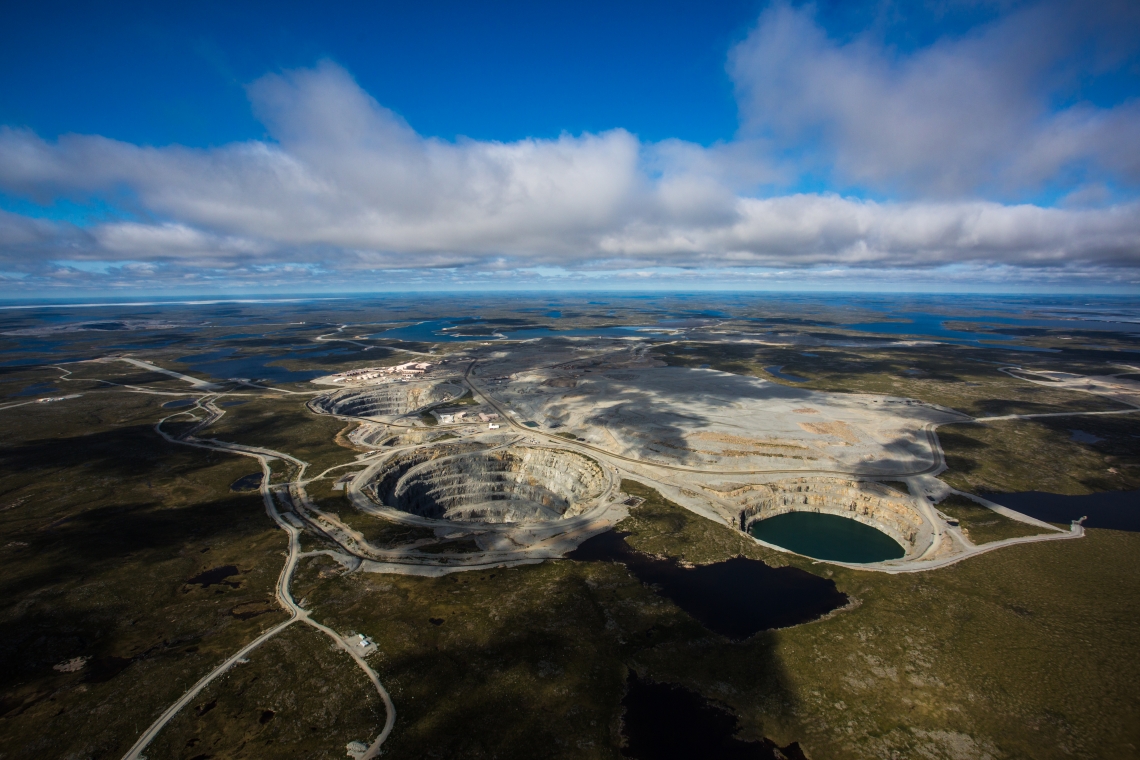 Canada is by far the youngest diamond producing country in the lineup. In the early 1990’s, two stubborn geologists discovered the first traces of diamond deposits way up north in the arctic region, known as “Barren Lands”. The discovery of the Ekati mine caused a massive diamond rush to the extend local lumber suppliers ran out of wood because prospectors literally staked their claims with wooden posts.

Major mines include Diavik, Ekati and Gahcho Kué in the NWT, the Renard mine in Quebec and Victor mine in Ontario by companies such as Rio Tinto, Dominion Diamond, De Beers and Stornoway Diamonds. Apart from the larger operations which have start production in recent years, a dozen of projects are currently being prospected or developed making Canada the country with the highest potential for future diamond mining. 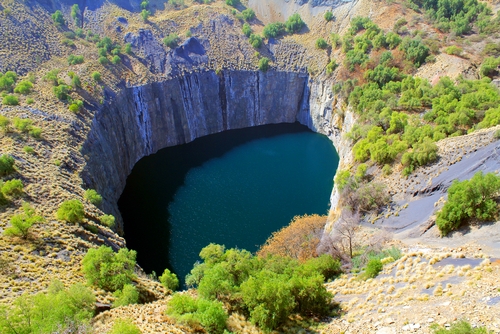 The Kimberley Mine in South Africa, known as the "Big Hole"

South Africa truly is the birthplace of the modern diamond industry. Up until the discovery of – what’s in a name – the Eureka diamond in 1866 - diamonds were very rare and exclusive for the very very (undoubtedly) happy few. The discovery led to a diamond rush boosting supply to unprecedented levels. Diamonds became accessible to more people than ever before. Some of the most beautiful stones in the world are originally from South Africa. This includes The Cullinan diamond, which is the largest gem-quality diamond ever found, at 3106.75 carats. It was polished and adorns the crown jewels of the British Royal house. South Africa is also home to some of the most amazing pink and blue diamonds, which were found over the last few years for example by Petra Diamonds.

Today many of South Africa’s mines are nearing retirement age, and no new large deposits have been found. Nevertheless, because of its historical roots, South Africa continues to play a significant role in the global diamond industry, as it is and remains the first diamond hub (to date) on the African continent, and to a large degree, as the spokesperson of the African diamond producing countries.

Besides oil, dominating the mineral resources in Angola, the country holds significant diamond reserves, estimated at 180 million carats, predominantly in the provinces Lunda Norte and Lunda Sul in the central and northeastern parts of the country. The largest mine in Angola is Catoca (Alrosa), one of the largest mines in the world, producing more than 7 million carats annually. In 2013, a new kimberlite pipe (Luele) was discovered in a concession named Luaxe, which could potentially double Angola’s rough diamond output in coming years from 8 to 16 million carats annually.

In addition, Angola has several alluvial operations, such as Lucapa’s Lulo project, and a number of smaller operations often operated by artisanal miners. 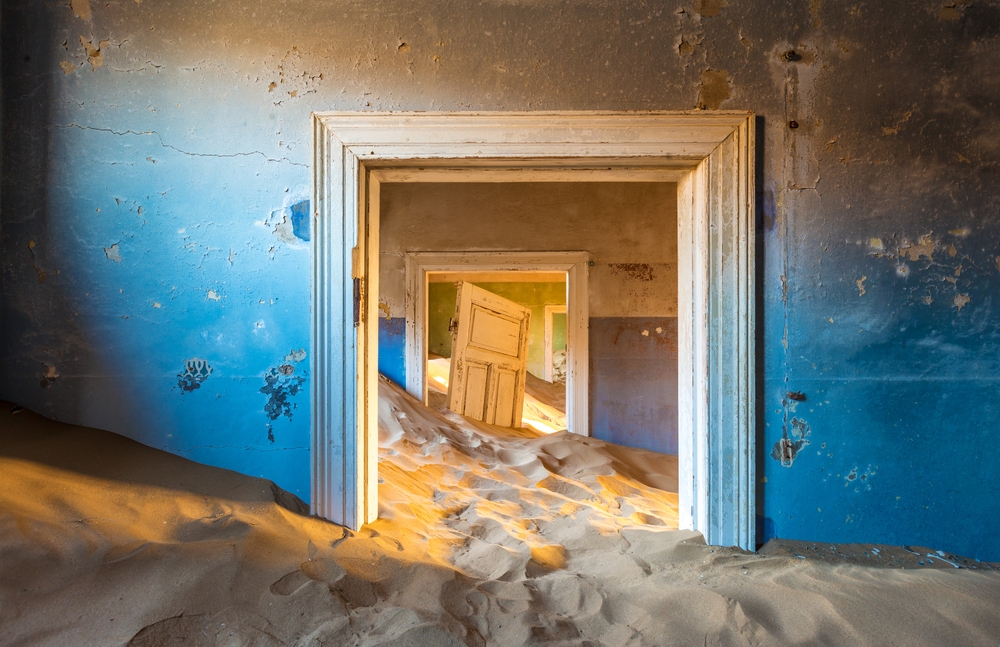 Nature takes over in Kolmanskop, a ghost town in Namibia, where in the early 1900's, diamonds were mined in an area of 26,000 square kilometers

Namibia’s diamond history starts in a town you would probably locate somewhere near a green Alp meadow rather than Southern Africa; Lüderitz. Now a desert ghost town that attracts thousands of tourists annually, Lüderitz was the epicenter of a diamond mining operation covering some 26.000 km2 in what was then a former German colony. German railroad workers discovered rough diamonds close to the surface, presumably dried up alluvial rough. Between 1908 and the outbreak of WWI, roughly 7 million carats were produced.

After the war, the area was consolidated by De Beers founder Ernest Oppenheimer, and over nearly 80 years, the company mined 65 million carats of high quality large diamonds. Today, the mining is done by Namdeb, a joint venture between the government of Namibia and De Beers, and the vast majority of diamonds are found in the ocean, along the coastline and a few km into the sea. This type of mining requires high-tech mining vessels, that basically vacuum the bottom of the sea to find the precious diamonds. 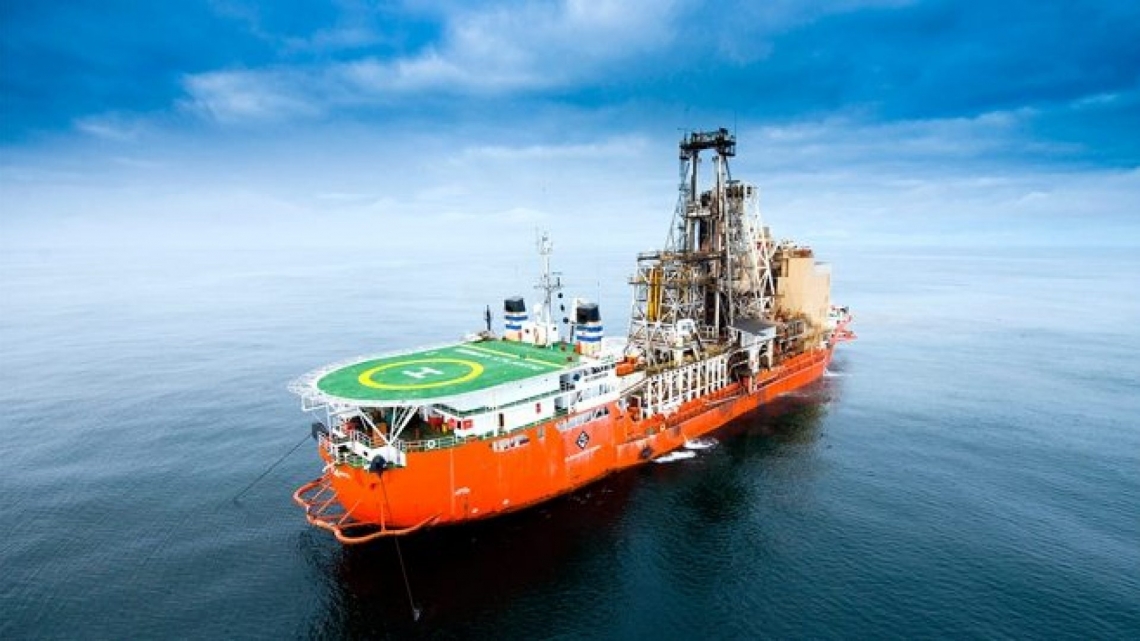 A special mention for Lesotho, a tiny Kingdom north of South Africa, where the Letseng mine is located. Lesotho might not be a giant in terms of volume, it most def is in terms of quality. The Letseng mine is a record-breaking mine, as it has the highest average “dollar per carat” yield of all kimberlite mines in the world. Que ? Simply put, this mine has delivered the most large, clear and thus expensive rough diamonds compared to other mines. Since Gem Diamonds acquired the mine in 2006, Letšeng has produced over 60 +100 carat, predominantly high value, white diamonds. Amongst these diamonds recovered are the iconic 603 carat Lesotho Promise, the 550 carat Letšeng Star and the 493 carat Letšeng Legacy.

That is not to say that all the other mines in the world don’t produce large or exceptional stones, such as The Lesedi La Rona (internal link), from the Karowé mine in Botswana, or the exceptional pinks from the Australian Argyle mine, fancy yellows in Sierra Leone and Russia and so on. But the chances that you’ll find a really big, perfectly clear rough diamond are just more likely there than anywhere else.